… after getting dropped from Famous Stars and Straps J. Rogers is done with skateboarding. It wasn’t getting dropped from the shop that brought him up Coliseu… err Industrial Rideshop, it wasn’t the poor ending to his relationship with Girl Skateboards, and it wasn’t losing DVS, or his lack of credibility in the skate scene; losing Famous Stars and Straps was the deal breaker. 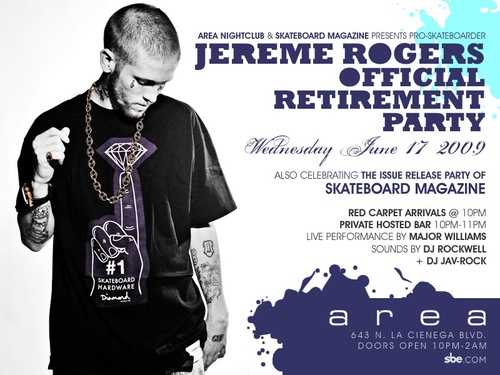 Well Jereme it was fun. Good luck with the rap career, the movie star career, or whatever. And thanks for publicly making skaters look like drug addicted kooks right before you leave skateboarding forever. If nothing else we’ve learned you have a way with ending things… and what a better way to end your career than shouting at your neighbors in a drug induced haze.

… but seriously, if Famous was bunmmed on me I’d prolly be pretty bummed on myself as well. I mean seriously, is there a less legit “skate” company out there?